Millions of eggs have been pulled from supermarket shelves in more than a dozen European countries after it was discovered that some had been contaminated with the potentially harmful insecticide fipronil.

Fipronil is commonly used to get rid of fleas, lice and ticks but is banned by the European Union for use on animals destined for human consumption, such as chickens.

The insecticide got into the food chain in the Netherlands, which is one of Europe’s biggest egg producers, but contaminated eggs have now been found as far away as Hong Kong. There is no evidence yet that it has harmed anyone.

What is fipronil and is it harmful to humans?

Fipronil is an insecticide that is commonly used to remove fleas, lice, mites and ticks. It may not be used in animals that are destined for human consumption. More than eighty percent of the fipronil is absorbed by animal tissue within 72 hours of exposure. It is distributed to tissues, primarily fatty tissues, and excreted in faeces, urine and bile. The insecticide fipronil is approved in Europe for seed treatment of certain crops. It is active against various soil insects in the larval growth stage.

In its reasoned opinion, the European Food Safety Authority (EFSA) states2 that fipronil is poisonous (toxic) if exposure occurs through ingestion, inhalation and acute skin contact. Prolonged exposure may cause damage to the central nervous system, liver and thyroid gland. According to the EFSA, there is insufficient evidence to conclude that fipronil damages human DNA and causes genetic changes (genotoxic).

Where and how did the contamination originate?

The contamination was discovered on Dutch poultry farms, and some 180 farms – which produce millions of eggs a week – have been temporarily shut down while further tests are carried out. It is thought that Fipronil was used in chicken farms to combat lice, affecting the eggs of laying hens. A criminal investigation is now under way in Belgium and the Netherlands, centring on two firms – Poultry Vision, a pest control firm from Belgium, which is alleged to have sold the treatment to a Dutch poultry farm cleaning company, Chickfriend. Those firms have not yet publicly commented on the allegations although the AFP news agency reports that a lawyer for Poultry Vision has confirmed the firm sold the treatment to Chickfriend, but did not say where it had come from. A number of police raids have been carried out in the two countries in connection with the contamination, and Dutch police have arrested two people.

Are relevant laws in place?

EFSA: The EFSA has established an Acceptable Daily Intake (ADI) and acute reference dose (ARfD). ADI is an estimate of the amount of a substance that can be consumed on a daily basis over a lifetime without posing a risk to human health. The ADI of fipronil is 0-0.0002 mg/kg of body weight.

ARfD is defined as an estimate of the amount of a substance in food or drinking water that can be ingested during a meal or in a period of 24 hours without acute health risks. The ARfD for fipronil is 0.009 mg/kg of body weight.

WHO/FAO: The Joint FAO/WHO Meeting on Pesticide Residues (JMPR) also has established an ADI and ARfD in the past. The ADI of fipronil is to 0-0.0002 mg/kg body weight, and the ARfD is 0.003 mg/kg of body weight. The Front Office Food and Consumer Product Safety of the National Institute for Public Health and the Environment (RIVM) in the Netherlands prefers these standards to the standards set by the EFSA, unlike organisations in Belgium (the Federal Agency for the Safety of the Food Chain, AFSCA) and Germany (the Federal Institute for Risk Assessment, BfR).

Where can eggs or chicken meat be analyzed for fipronil residues?

An analysis of eggs or chicken meat for fipronil residues can only be performed at an accredited laboratory for pesticide residues analysis.

ANALYSIS S.A. is the only private laboratory in Greece that is accredited for pesticide residues analysis (inc. fipronil) on eggs and chicken meat. 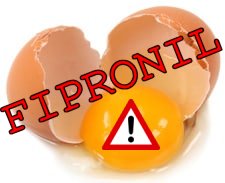 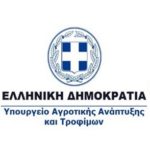